The power of Match Poker Online’s ranking system lies in recording a vast array of data about player performance in duplicated hands. This data is not only useful in benchmarking and ranking skill – we can also use it to display interesting, helpful and educational material to our players.

At every “Match Over” screen, we can show you, in real time, how you placed among the thousands of users who played the same hand as you. A major challenge in doing this, however, is that there can be a massive number of data points to display. That’s why we have chosen to display this poker information as a “Heatmap”.

The heat map shows you the results of all players – and the concentration of those who won chips (coloured green) and those who lost chips (coloured red). The yellow coloured sections show chips won or lost by the rest of the players (i.e. there are players who won/lost chips in those places, but in very low proportions).

The Match Poker Online™ ‘Heatmap’, shown after every hand.

In the above example, we can see that:

Some other conclusions you could draw are that:

This kind of insight into poker strategy is made possible only with Match Poker Online’s unprecedented and revolutionary big data approach to benchmarking poker performance. Learn more about our ranking algorithm here! 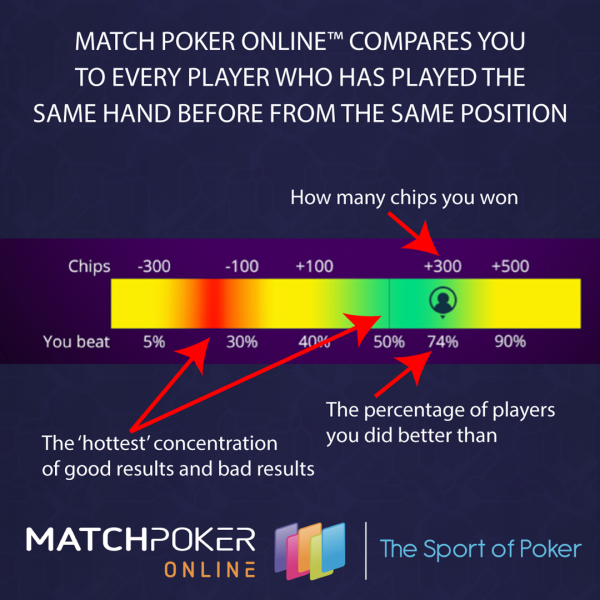